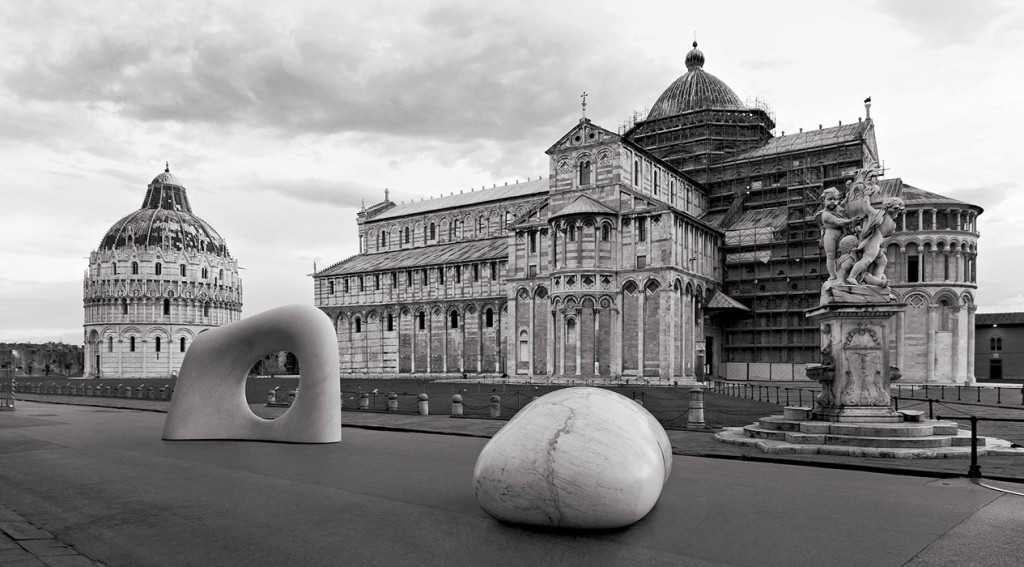 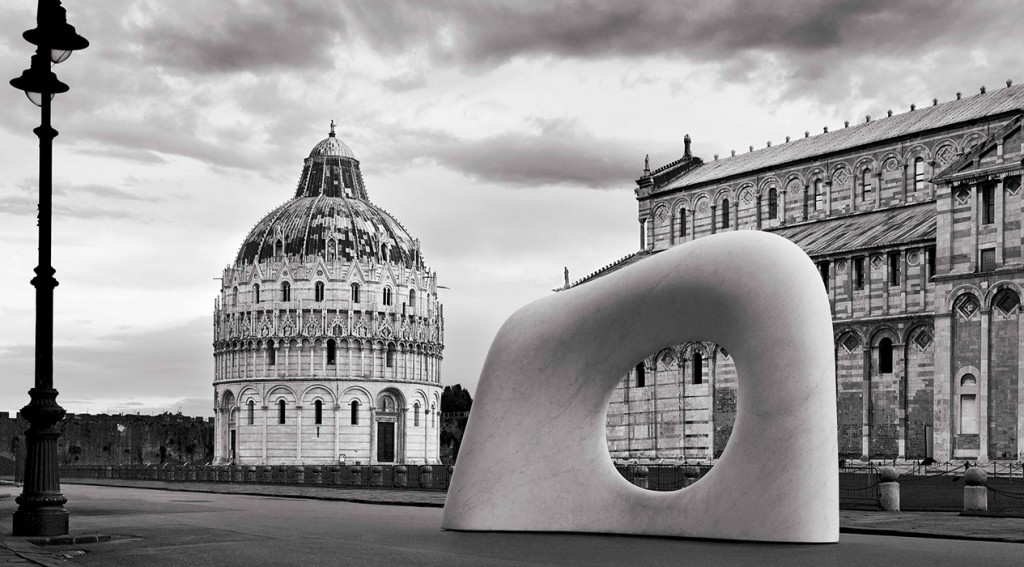 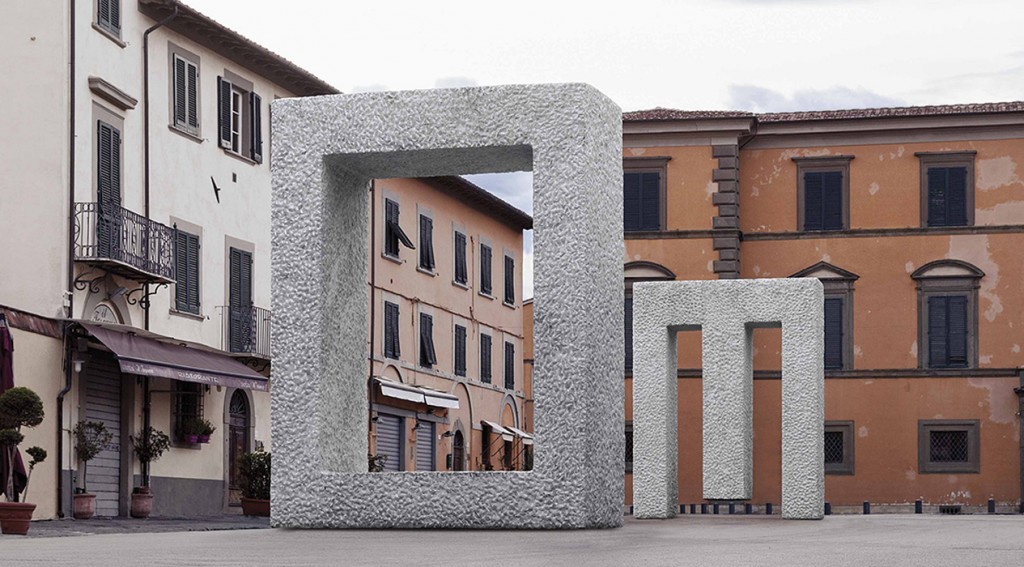 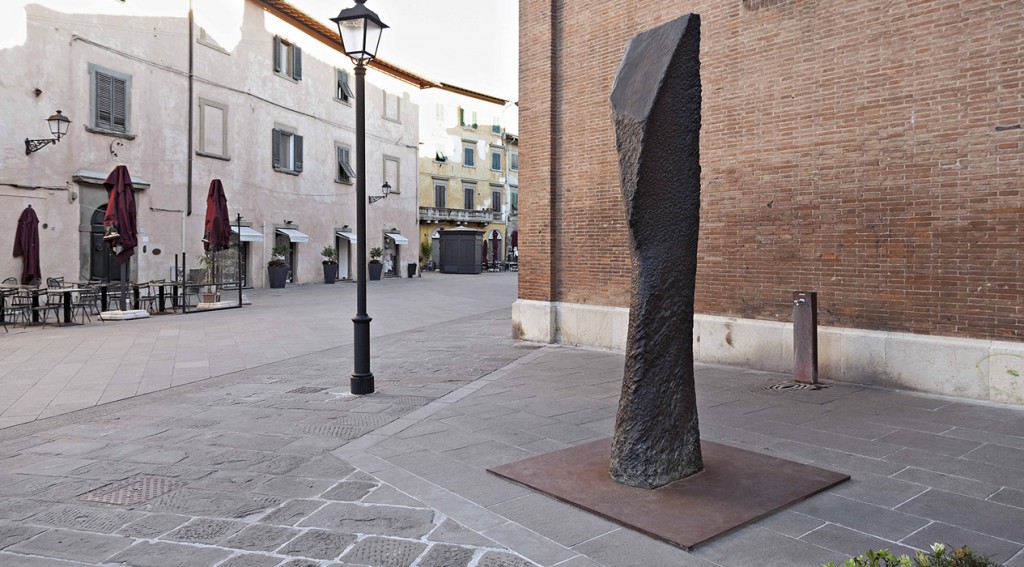 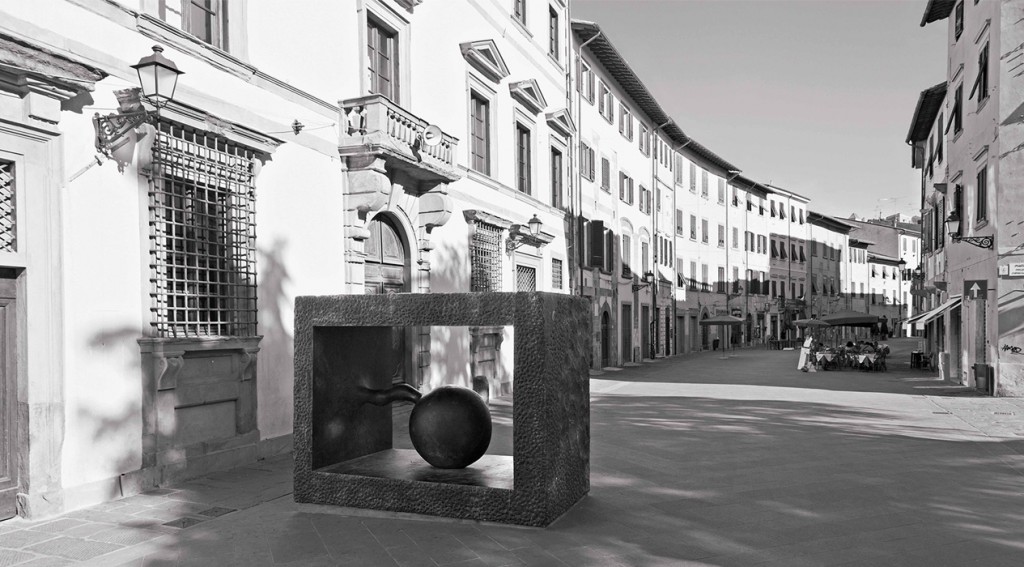 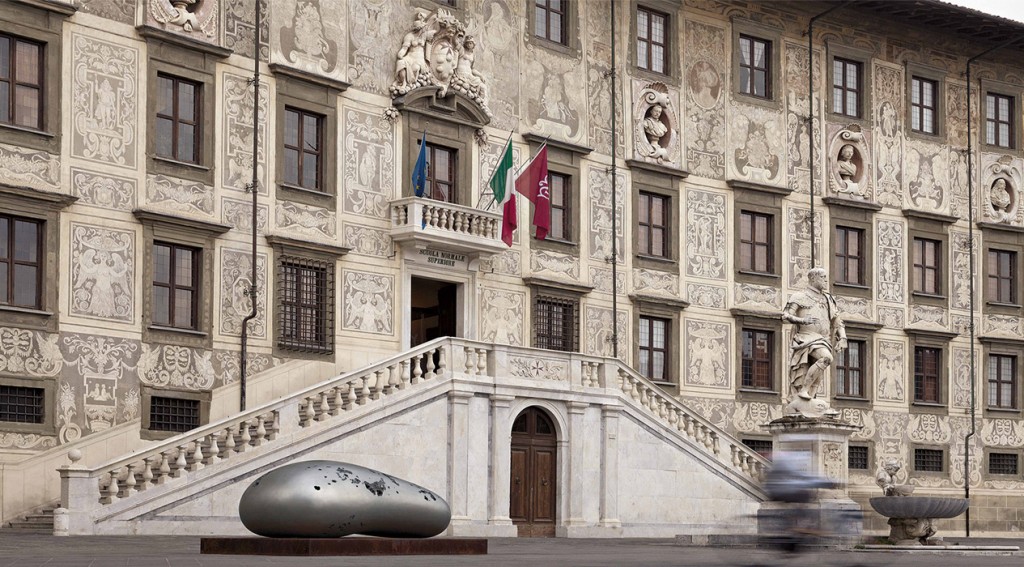 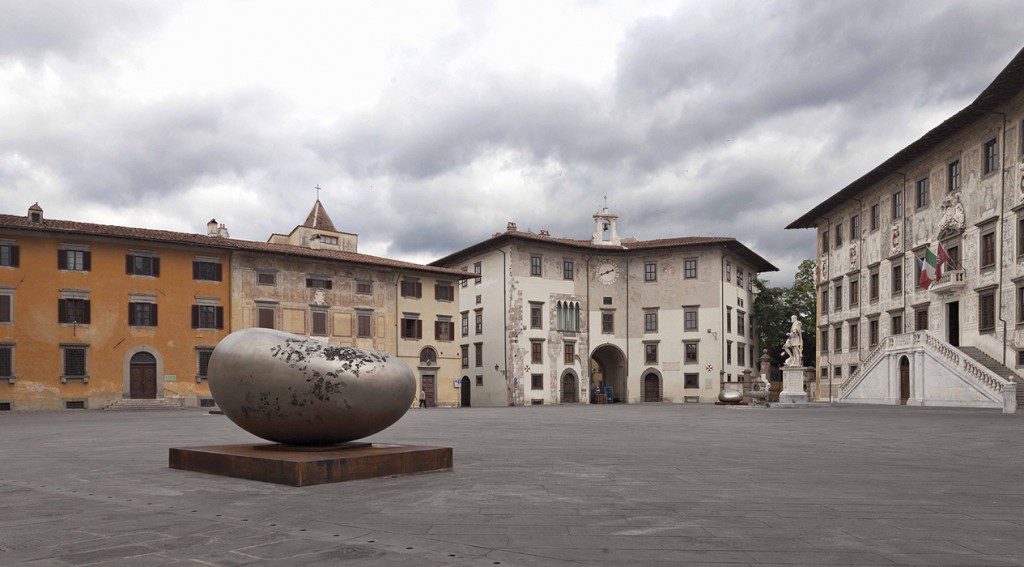 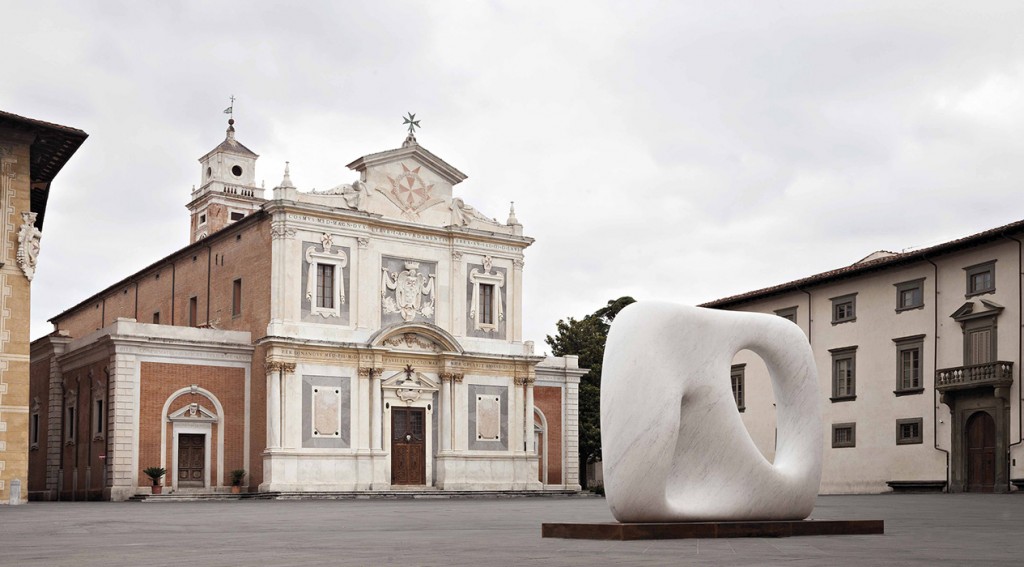 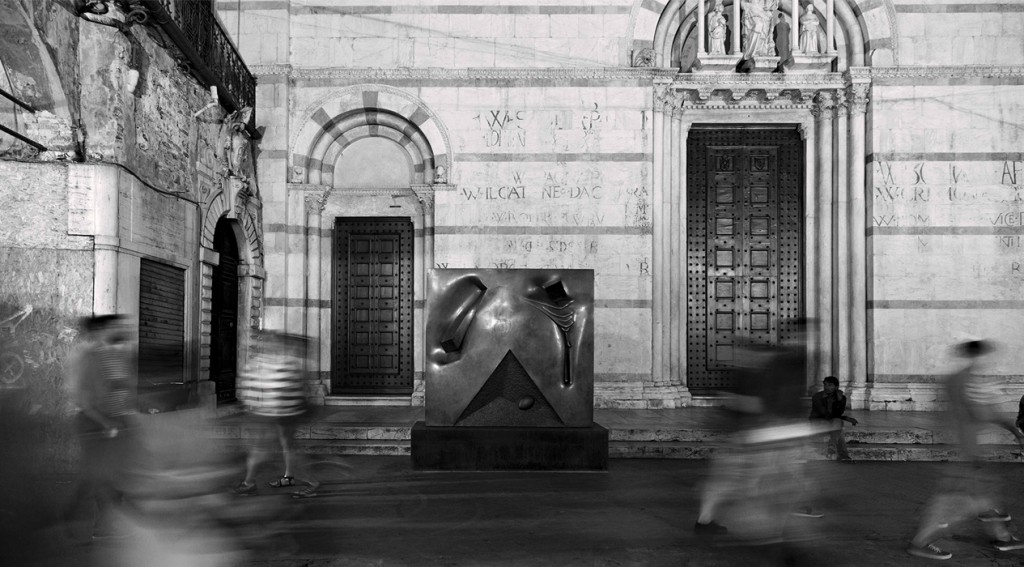 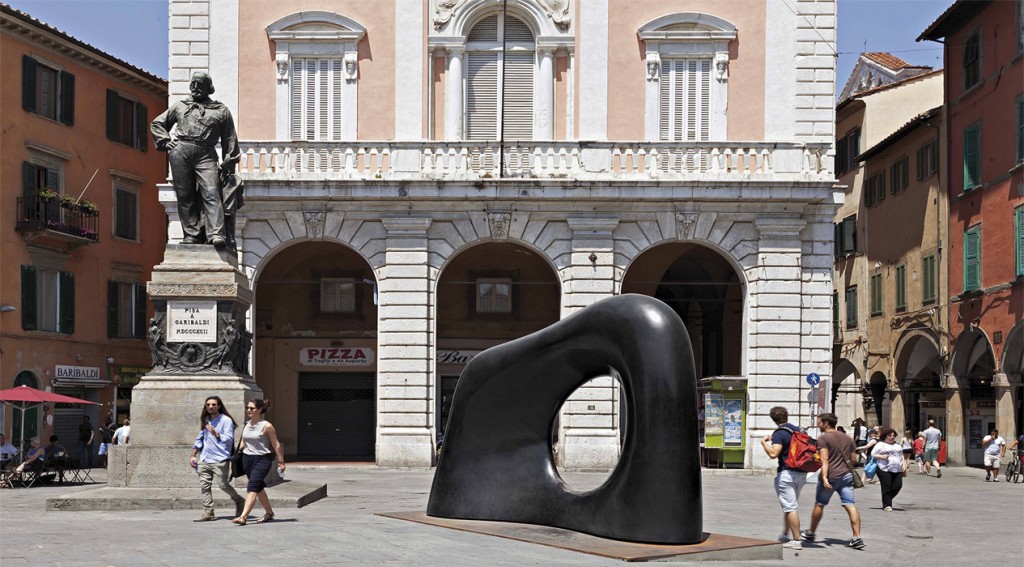 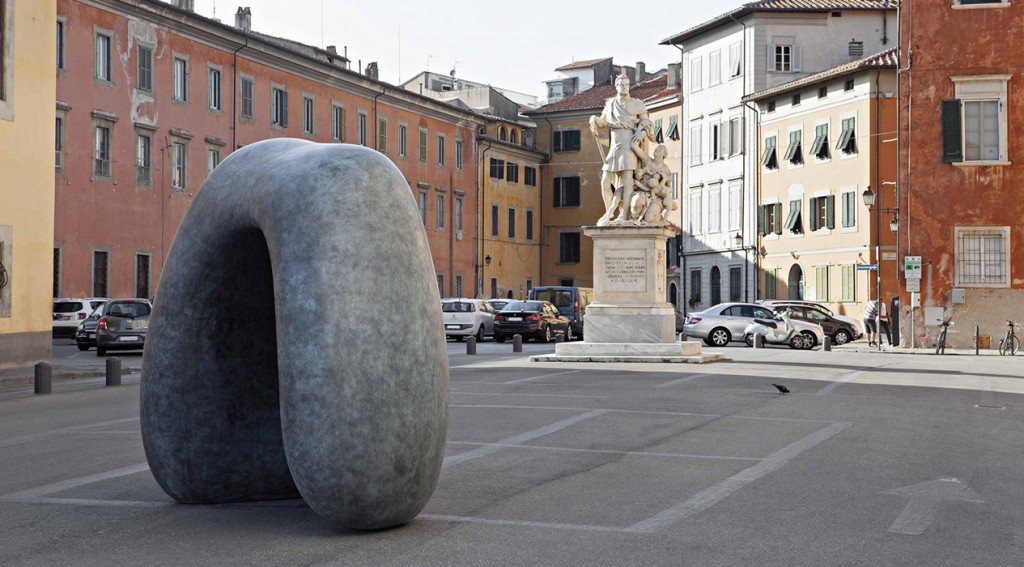 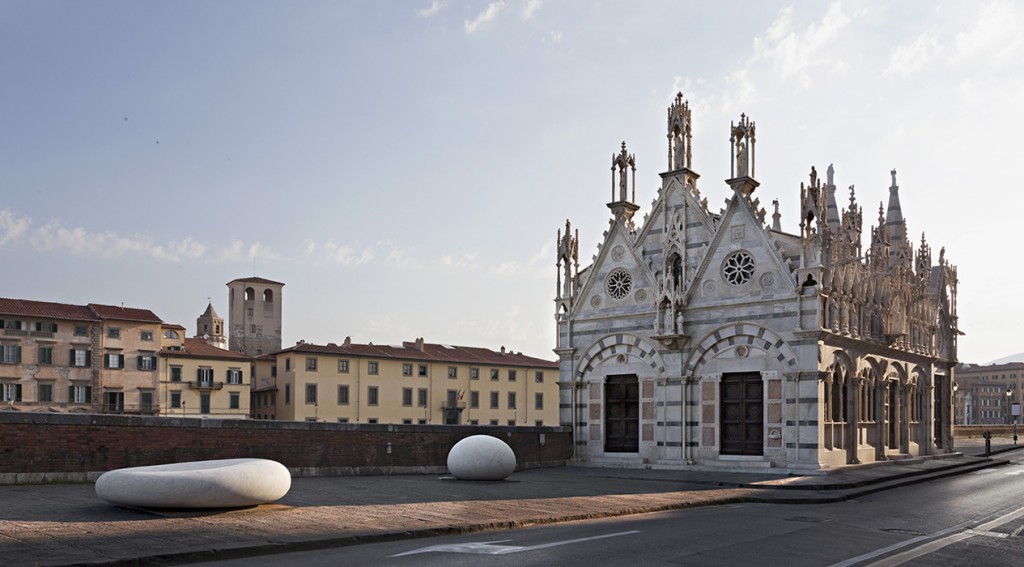 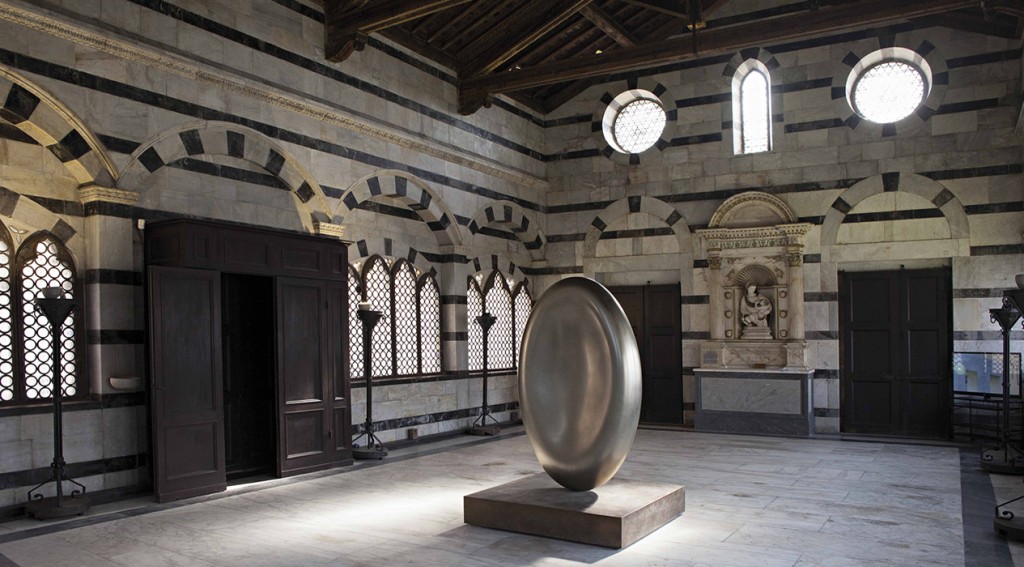 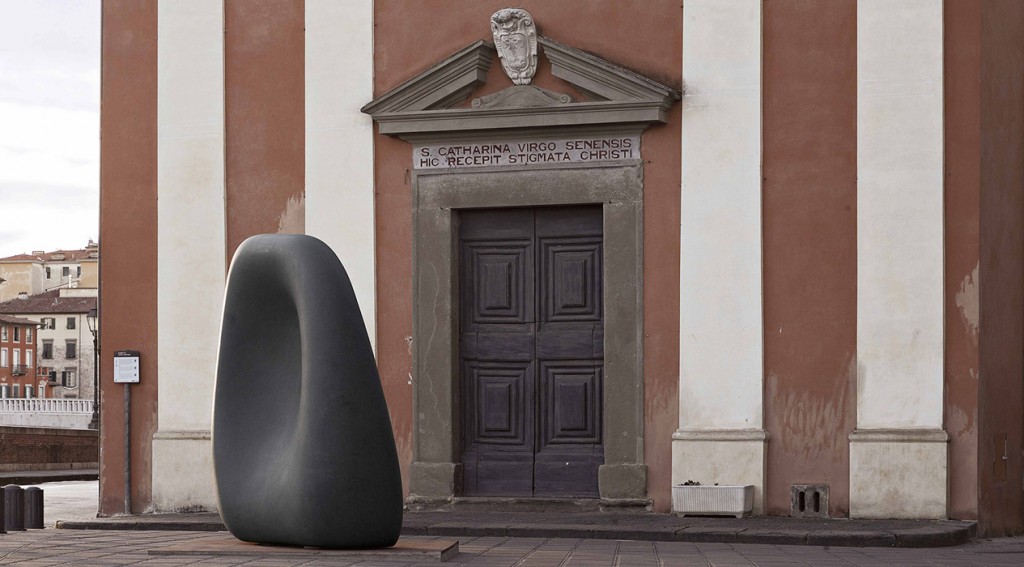 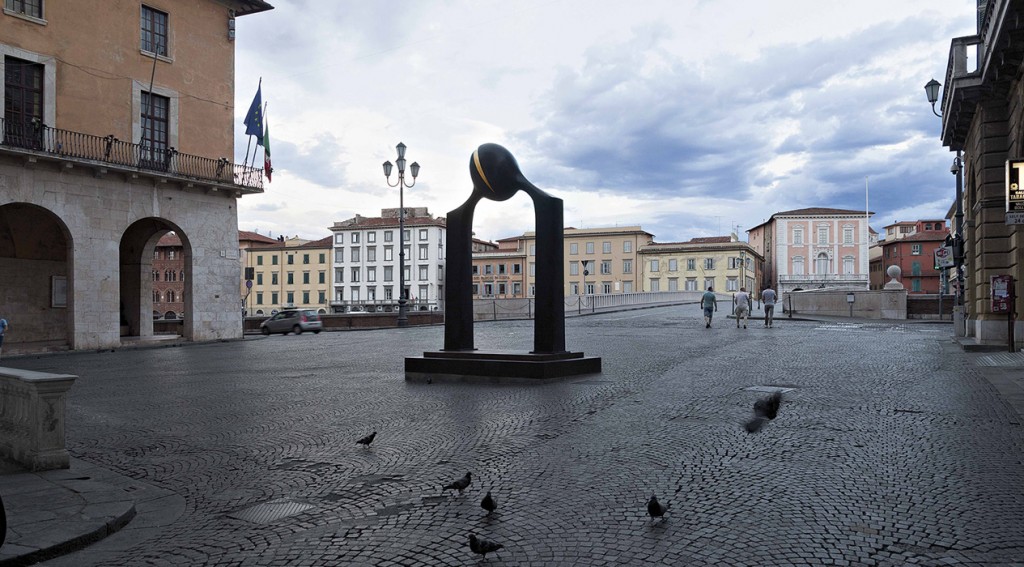 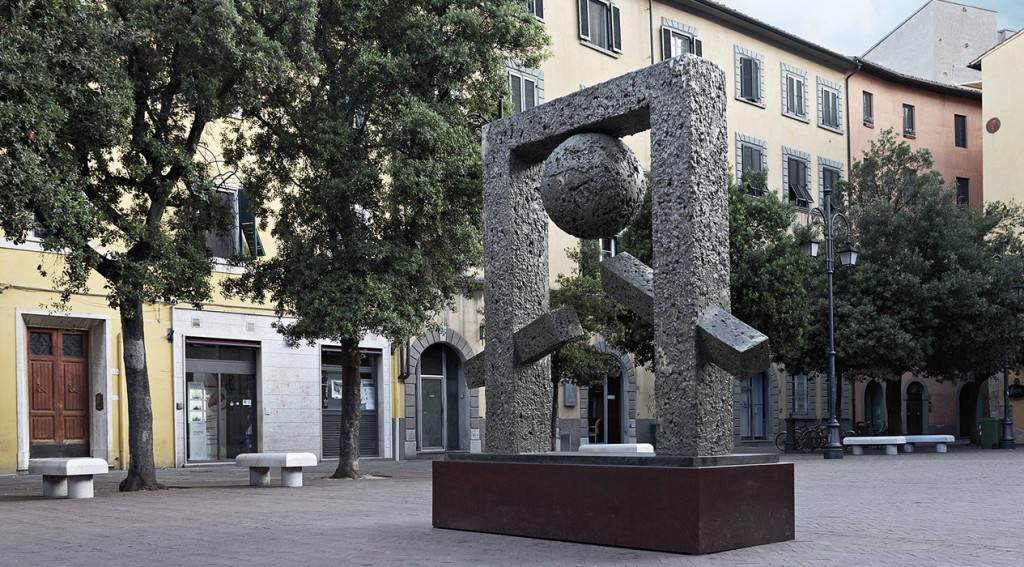 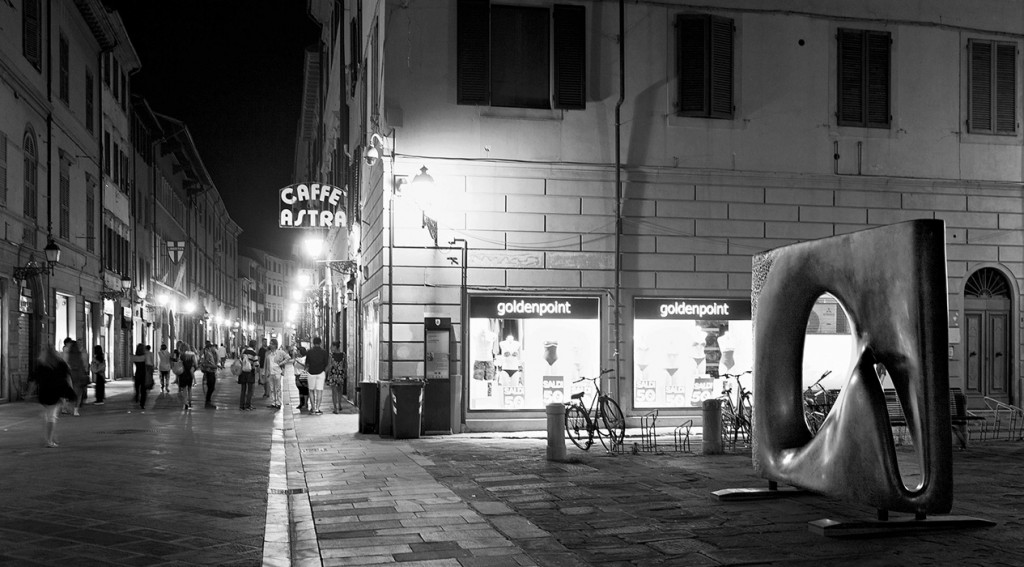 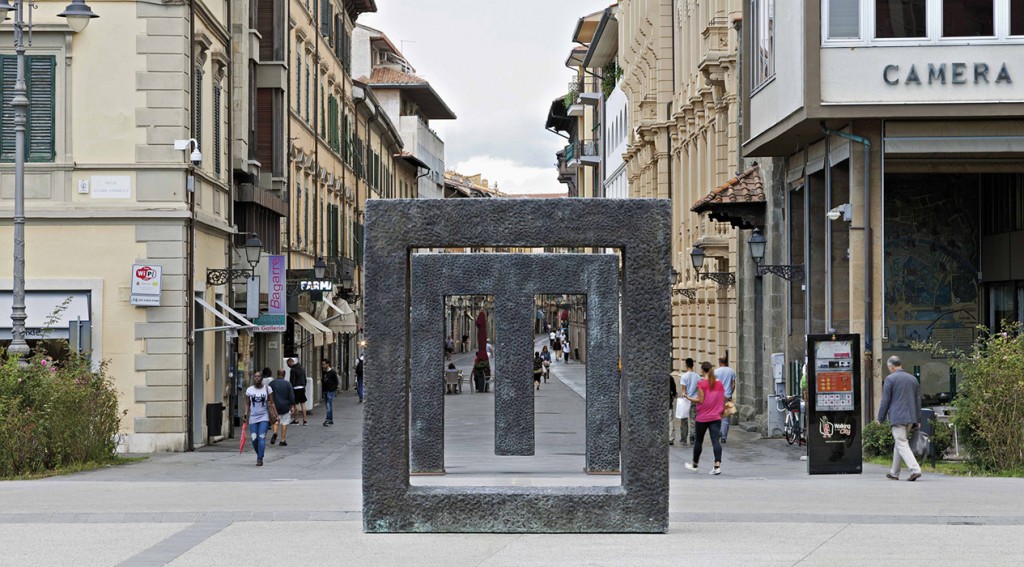 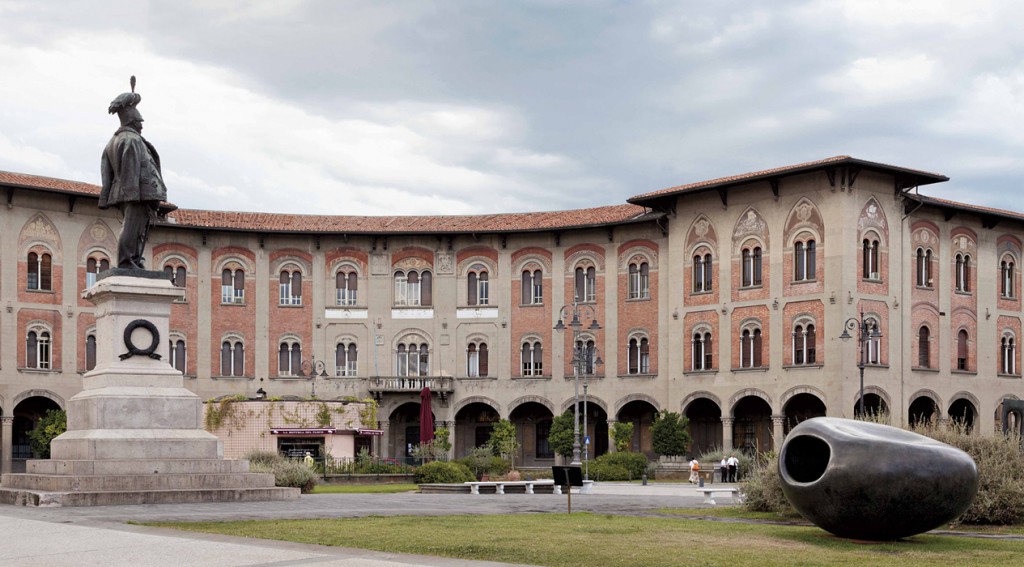 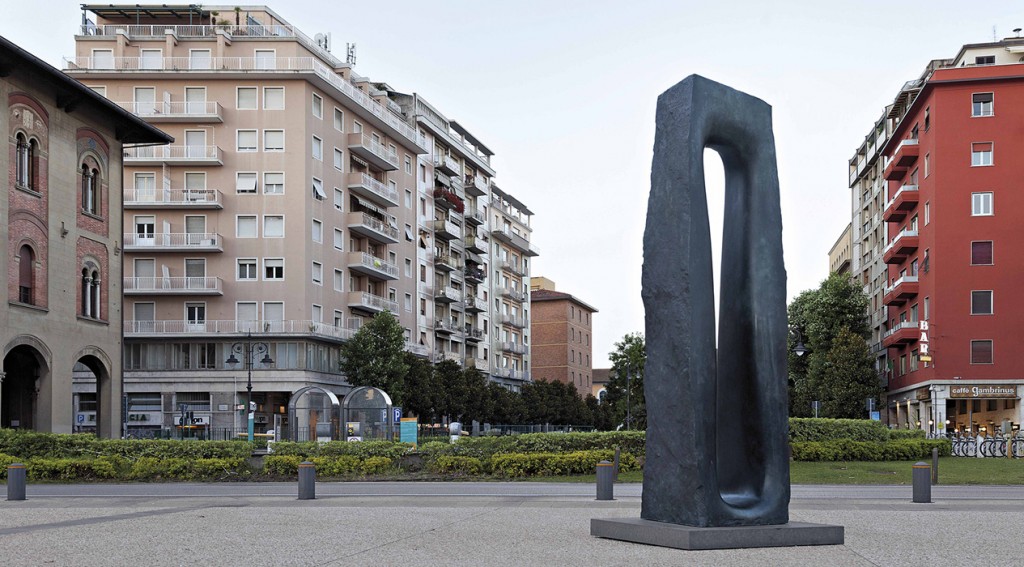 The sculptures in marble and bronze Japanese artist Kan Yasuda in an exhibition in the open air distributed along the squares and streets of the historic center of Pisa from 30 June to 16 October 2016.

“My material, the marble is the material that occurs in the squares and monuments of Pisa which tells centuries of art and architecture. This is the time you want to touch and share and contaminate by my works. ” So Kan Yasuda explains the project that he is the protagonist and is an interaction, almost a contrast between its minimalism, which in art is reduced form the utmost simplicity and language essentials and the majesty of the Pisan monuments. With “Touch the time” the work of Kan is placed in these spaces as a living presence, almost sacred, for the purity of the forms that demands respect, contemplation, silence. The sculptures of Kan Yasuda establish a humble dialogue, subdued. In the admirable board of the city of Pisa this project places them as pawns to suggest to the visitor a silent game of questions and risposte.Racconta the architect Marco Signorini, one of the creators of the show: “I saw Kan Yasuda work in the laboratory of George Angels Querceta. Levigava his return from an exhibition works and hit the elegance, lightness and perfection, finishing without realizing to caress both were smooth and shiny. His sculptures seem designed to honor the Marble Statuary, white material and bright that for centuries has art clothed architecture and sacred sculpture, as to be described in ancient Pietra Santa. ” An exhibition space waiting for visitors, among tourists and citizens. The exhibition “en plein air”, along an “art art route”, which comes to touch the sacredness of the Square of Miracles. The exhibition is organized by the Municipality of Pisa and the Arpa Foundation, in partnership with the Japan Foundation and the Italian Chamber of Commerce of Pisa. The event forms part of the initiatives of celebration of the 150th anniversary of the signing of the treaty of friendship and trade relations between Italy and Japan promoted by Italy Japan Foundation, and integrates with the opera “Madama Butterfly” at the Great Outdoor Theater Giacomo Puccini in Torre del Lago (29 July and 10 August 2016), with scenes of Kan Yasuda and costumes by Regina Schrecker.

VIDEO RENDER from tagcommunication on Vimeo.

Detail of an our modern architecture ✏️ 📐

Detail of our project in Jeddah, Saudi Arabia

Villa in the Countryside of Florence

Studio of Architects Associated in Tuscany